Waterdown is a community in Canada which since 2001 has been a community of Hamilton, Ontario. On January 1, 2001 the new city of Hamilton was formed from the amalgamation of six municipalities: Hamilton, Ontario, Ancaster, Dundas, Flamborough, Glanbrook, and Stoney Creek. Waterdown was created from that part of East Flamborough Township on the edge of the Niagara Escarpment, just east of the junction of King’s Highways Nos. 5 and 6. That intersection is known as Clappison’s Corners, but continuous residential and commercial buildings between the two communities make it difficult to see any difference. 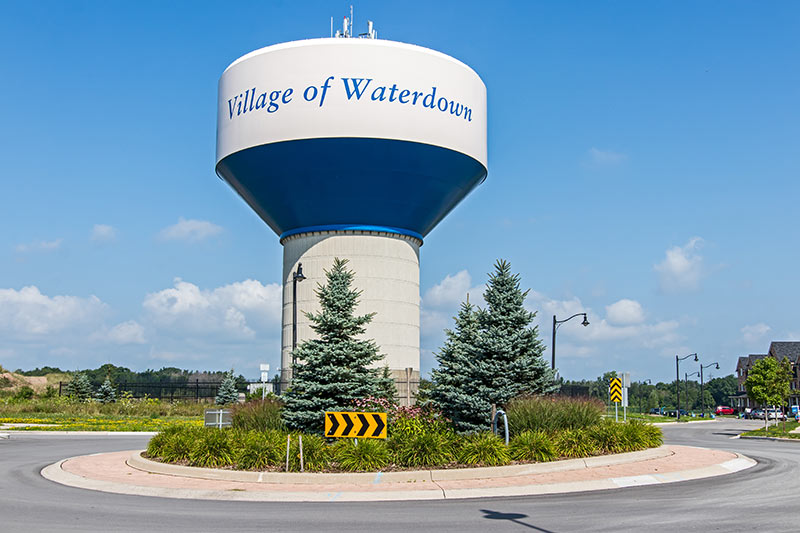