Burlington is a city in the Regional Municipality of Halton at the northwestern end of Lake Ontario. Along with Milton to the north, Burlington forms the west end of the Greater Toronto Area, while its metropolitan census area is part of the neighbouring city of Hamilton. Burlington lies between Lake Ontario’s north shore and the Niagara Escarpment. Economically, Burlington is strategically located near the geographic centre of the Golden Horseshoe, a densely populated and industrialized region of over 8 million people. 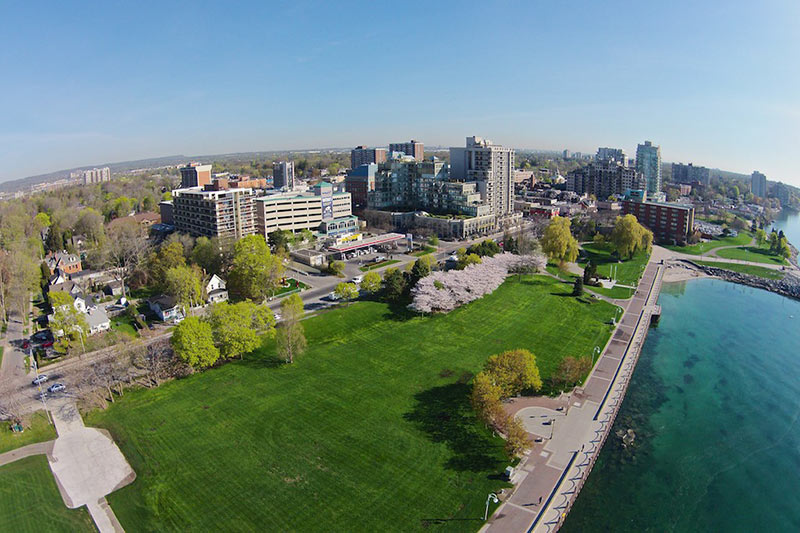